MAINE TO CAPE HORN: THE WORLD'S MOST DANGEROUS VOYAGE 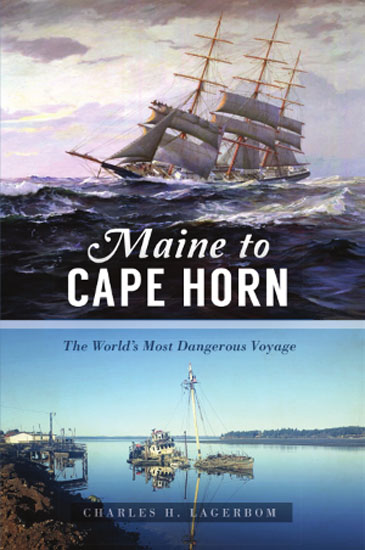 MAINE TO CAPE HORN: THE WORLD'S MOST DANGEROUS VOYAGE

Cape Horn conjures up images of wind-whipped waters and desperate mariners in frozen rigging. Long recognized as a maritime touchstone for sailors, it marks the spot where the Pacific and Atlantic Oceans meet in one writhing mass. "Doubling" Cape Horn became the ultimate test, earning a prominent place in Maine maritime history. At the end of South America, it shares longitude 67? west exactly with Cutler, Maine, a direct north-south line of seven thousand miles. Maine Cape Horners were recognized by a golden earring. If they did not survive this most difficult journey in the world, the earring covered the costs of their funeral, should the body ever be found. Maritime historian Charles H. Lagerbom traveled to the end of the world to help research this exciting story of bold Mainers and their exhilarating and oftentimes deadly dance with danger.
PAPERBACK
160 PAGES